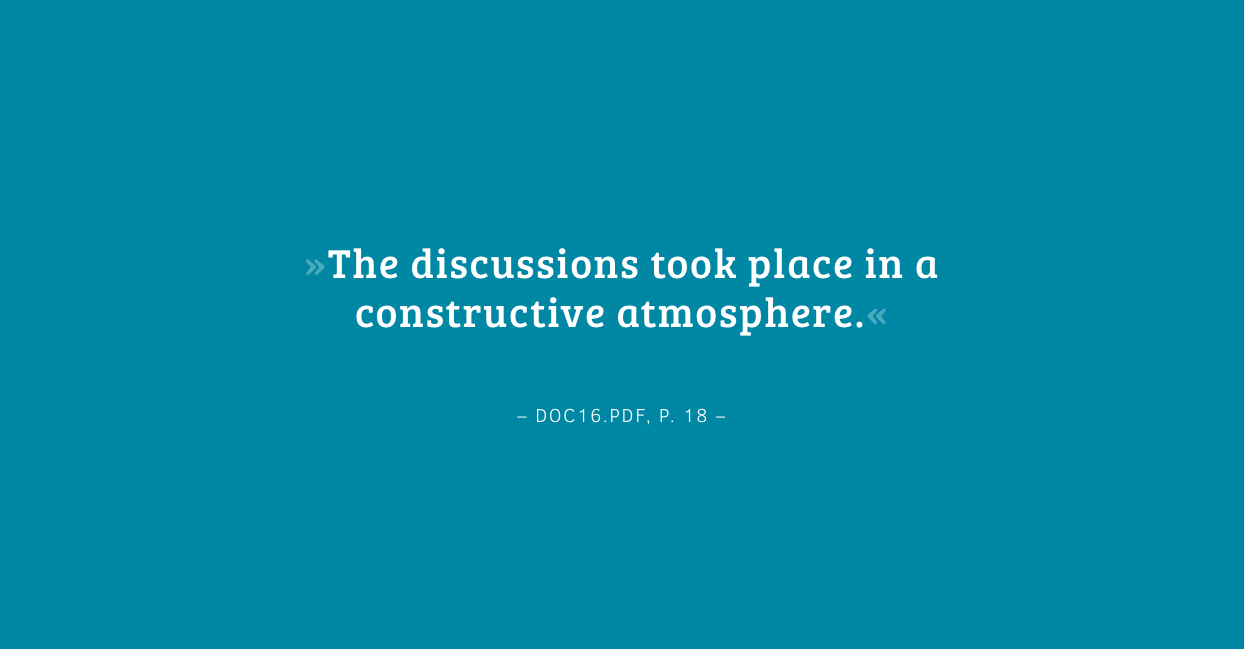 The TTIP documents leaked by Greenpeace Netherlands in 2016 reveal major disagreements in the negotiations between EU and US. Yet the people tasked with writing them have obviously tried to provide a positive outlook. As a strong opponent of TTIP, i found those quotes the most telling.

So I compiled the most optimistic quotes from the leaked documents and presented them as a web slide show accompanied by cheerful commercial music.